The third generation 1 Series looks to establish itself as the premium hatch of choice in a hotly-contested sector. Jonathan Crouch takes a look. 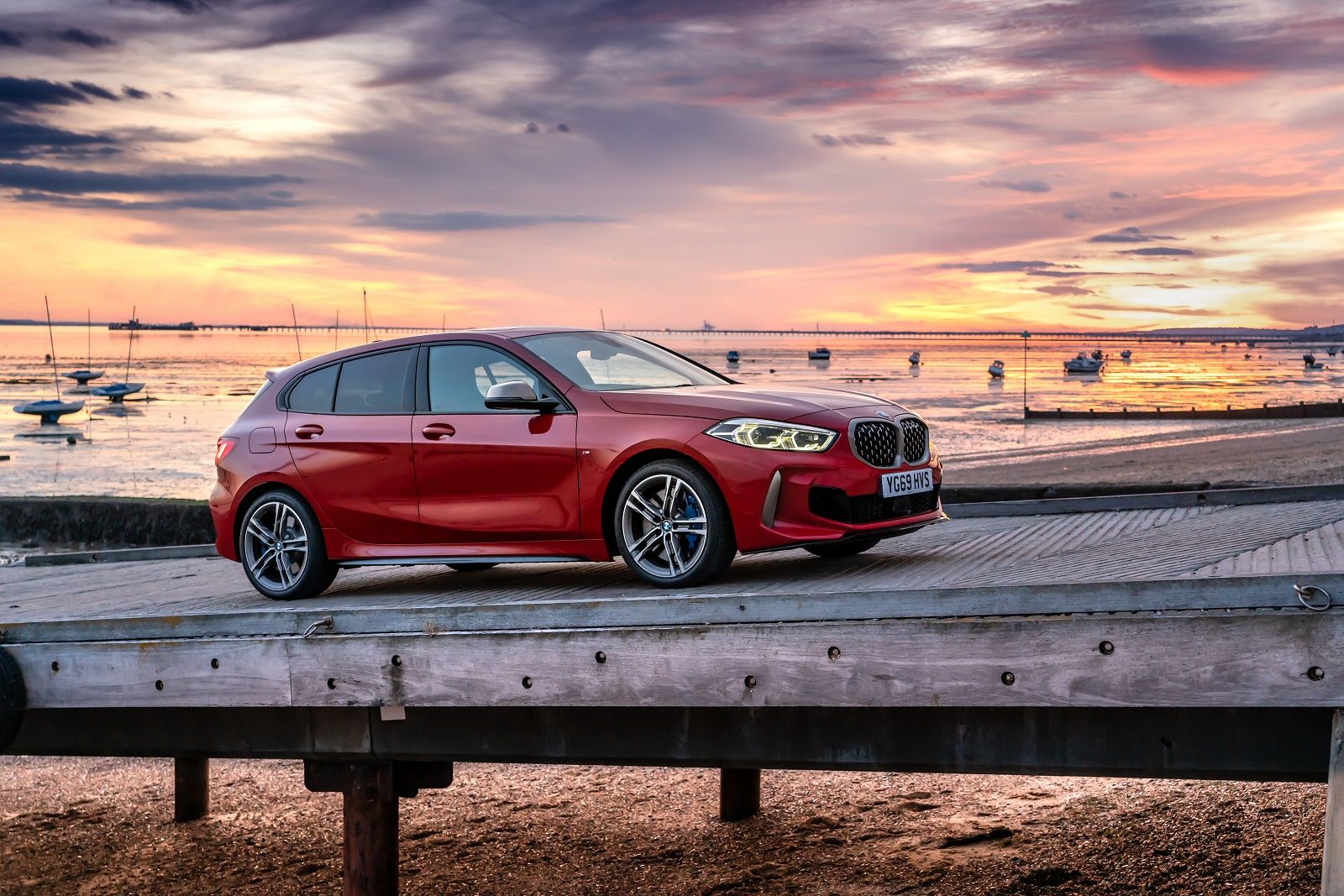 How does it compare?

The MK3 version of BMW's 1 Series gets a new platform, a new drive layout and new engines. It's sleeker, lighter, safer, more practical and more efficient than before. And, the company reckons, it's still the most rewarding steer in the premium compact hatch sector. Big claims for an important car.

Front wheel drive and BMW. Once, it was a phrase you'd never hear. But then the Munich maker introduced a front-driven platform into its 2 Series Active Tourer MPV. And now this layout's gone mainstream with the third generation version of the brand's smallest model, the 1 Series hatch. 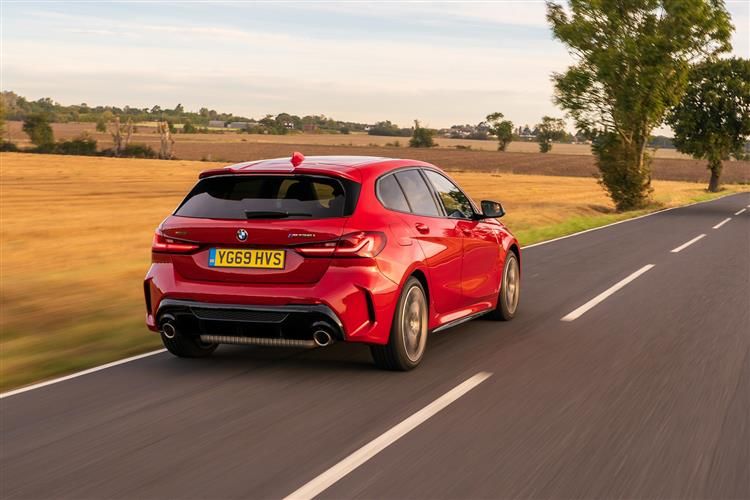 It's not so small these days, especially inside where the switch of drive layouts has freed up more room, particularly in the boot. But will the dynamic change of heart neutralise what has previously been this model line's greatest draw - uniquely rewarding handling? BMW says not - and provides a completely fresh range of engines to further sweeten the pill. On top of that there's a smarter cabin and upgraded safety. Sounds promising.

Back at the launch of the very first 1 Series model in 2003, rear wheel drive was a non-negotiable part of BMW's engineering fabric. Yet this layout practically compromised both that MK1 model and its 2011 successor. And for what?

The Munich maker's own research suggests that over 85% of 1 Series customers have no idea whether the drive wheels are front or rear. And whoever complained about the handling of a front-driven BMW-engineered MINI? If you opt for the brand's xDrive 4WD system of course, none of this will matter, but availability of that depends upon the engine you select, so let's take a look at the various powerplant options, all of them re-developed for this car. 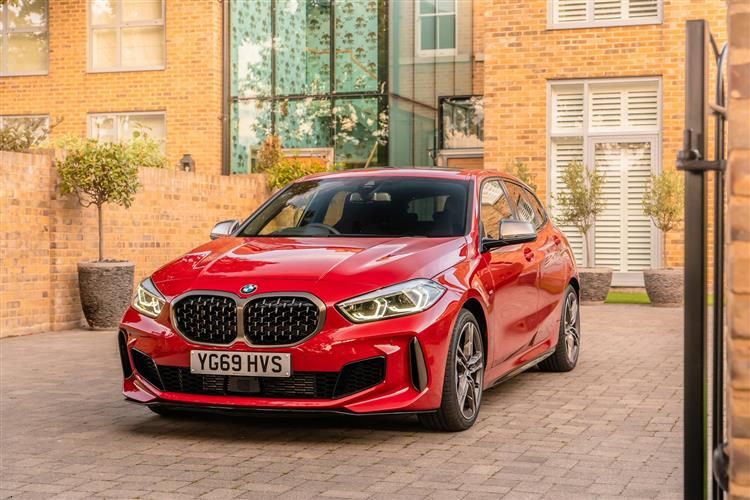 BMW expects the 150hp 118d diesel to be the big seller; for black pump variants, there's also a lesser 116hp 116d three cylinder 1.5-litre derivative and a more powerful 190hp 120d 2.0-litre model, the latter only offered with the xDrive system. That 4WD set-up is also a non-negotiable part of the top petrol M135i xDrive hot hatch variant (which offers 306hp), but most customers wanting to fuel from the green pump with this car will choose the 1.5-litre three cylinder 140hp unit powering the base 118i front-driven version.

Three different transmissions are on offer, depending on variant. The 116d, the 118d and the 118i get an upgraded 6-speed manual gearbox and the two base three cylinder variants(116d and 118i) can also be ordered with an optional 7-speed Stepronic auto. At the top of the range, the brand's smooth 8-speed Steptronic Sport auto transmission is optional on the 118d and has to be had on the two top xDrive models. 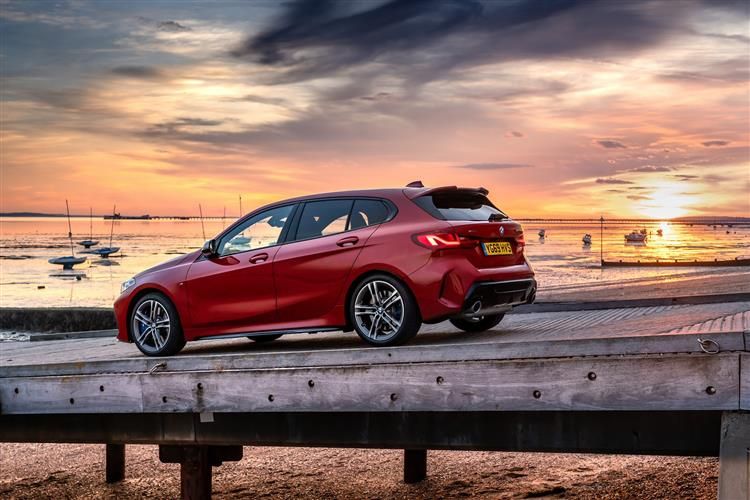 If you like the idea of potent 2.0-litre petrol power but find yourself happy with front wheel drive, BMW will offer you the M135i's engine in de-tuned 265hp form in the front-driven 128ti sports variant.

The slightly lacklustre styling that characterised earlier 1 Series models is all forgotten now; this third generation model is much sleeker, with a more wedged shaped silhouette and a pronounced 'shark nose'. At the front, the BMW kidney grille is larger and, for the first time in this model range, the kidneys merge in the middle. The car features a shorter bonnet and significantly more space than before within a footprint almost identical to that of its predecessor.

At 4,319 millimetres, the MK3 1 Series is 5mm shorter, 34mm wider and 13mm higher. The 2,670mm wheelbase meanwhile, is 20 millimetres shorter but despite that, thanks to the switch of drive layouts, there's significantly more cabin space than before. Passenger access is easier, particularly in the rear where there's an extra 33mm of knee room, 13mm more elbow room and 19mm more head room. The luggage compartment capacity rises by 20-litres to 380-litres (or 1,200-litres with the rear seat bench folded down). The minimum width of the luggage compartment has also increased by 67mm. ]

Up-front, BMW's latest 'Live Cockpit Plus' infotainment package is standard giving you an 8.8-inch centre-dash screen and a 5.7-inch instrument cluster display. This set-up includes features such as a Touch Controller, a navigation system, two USB ports for data transfer and a WiFi interface. 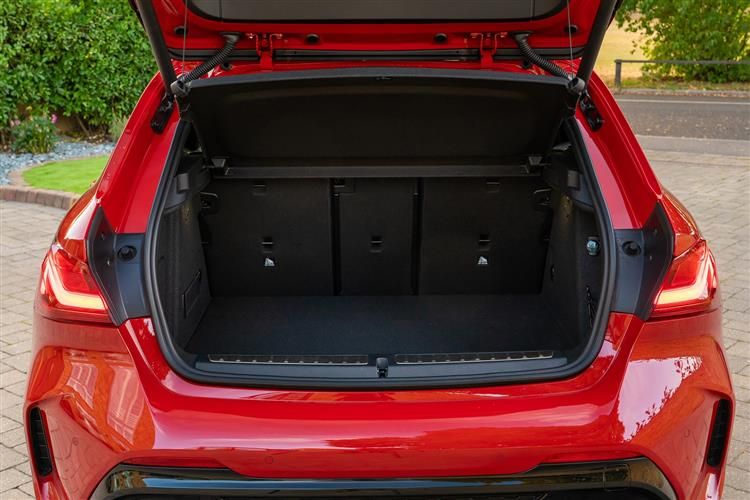 Prices open at just under £25,000 and this time, there's only a single five-door body style. For the 118d diesel variant most will want, think just under £27,000. The top M135i xDrive flagship is priced from just under £36,500 and gets its own specific trim package. For most other variants, you'll choose between the brand's familiar 'SE', 'Sport' and 'M Sport' designations.

As you'd hope given the premium pricing, even the base 'SE' comes with plenty - 16-inch light-alloy wheels for instance. But you'll probably want to upgrade yourself at least to a mid-range 'Sport' model, recognisable by its high-gloss black air inlets and chrome-framed front kidney grille. The 'M Sport' versions feature aerodynamic body styling as well as satin aluminium struts in the kidney grille whilst at this level in the range, the seat upholstery is in Dakota leather with contrast stitching.

Across the range, infotainment technology has been boosted by the adoption of the brand's "Hey BMW' 'Intelligent Personal Assistant' which will allow you to operate many of the car's major functions by merely speaking a command. A Head-up display is now optional and extra camera safety kit includes 'Collision & Pedestrian Warning with City Braking' and 'Lane Departure warning' with steering impulse. 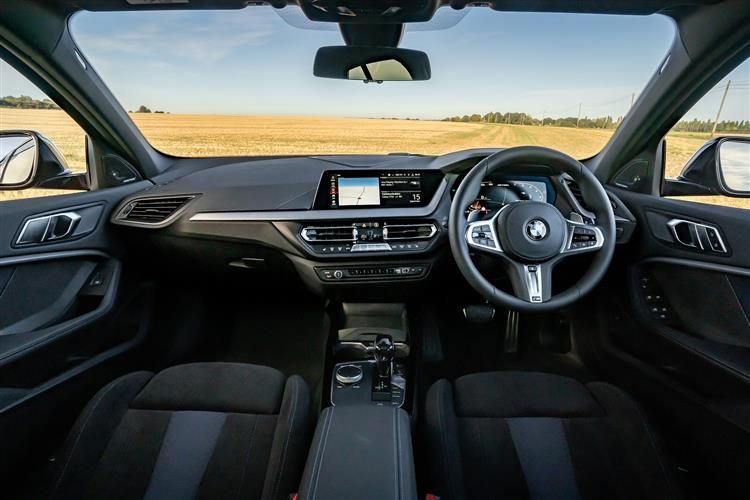 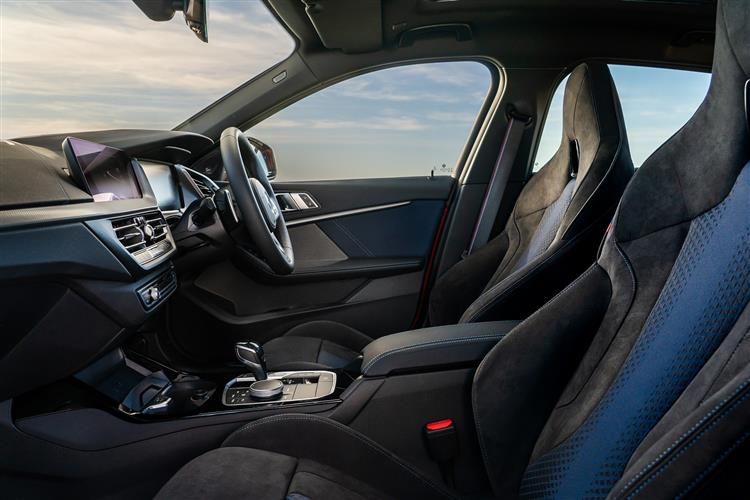 Specify auto transmission and this car can be particularly efficient thanks to intelligent connectivity that enables the two auto gearboxes to adapt their shift strategy according to the planned route and driving situation. If the BMW 1 Series is equipped with Active Cruise Control, both transmissions will factor in the data from this system and the standard Navigation, to avoid unnecessary gear changes in a quick succession of bends. Across the range, efficiency is also aided by coasting and Auto Start Stop functions that take their cue from the data supplied by the navigation system, the front-mounted camera and the sensors for the optional driving assistance systems. The coasting function de-couples the powertrain from the transmission at cruising speeds when the car is running in either its 'Comfort' or 'ECO PRO' driving modes. 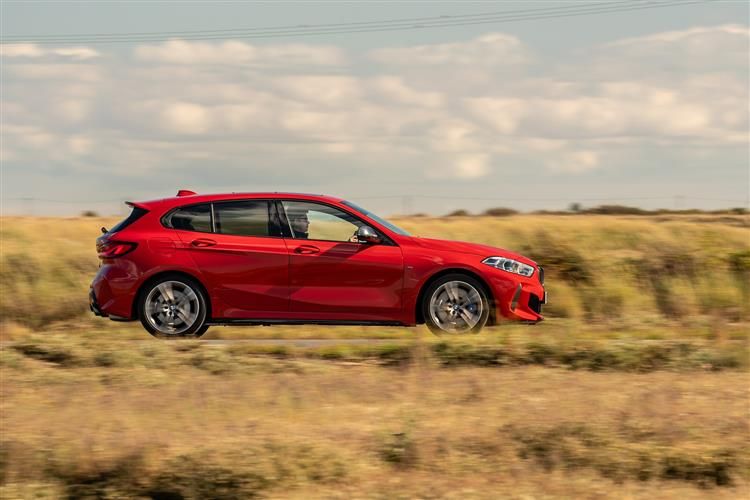 Could it be the one for you?

You would think the BMW MK3 1 Series leaving it’s unique rear-driven selling point could cause problems. But at the same time, we can't help being impressed by the way that the Munich maker has managed to retain so much of this car's eager, dynamic character, despite the fundamental engineering changes visited upon it.

Sales will also be boosted by the fact that this is the first 1 Series with really sleek looks, proper rear passenger space and a decent boot. And it's far better prepared than its predecessor in terms of media connectivity and camera-driven safety provision. About to choose a Mercedes A-Class or an Audi A3? You really ought to try one of these too. You might be surprised just how much you like it.