With the original A1, this Ingolstadt maker pioneered the idea of a premium supermini. With this second generation version, they aim to perfect it. Jonathan Crouch tries the 30 TFSI variant.

The Audi A1 has firmly established itself as the ultimate supermini - the essence of democratic down-sizing. This second generation A1 Sportback is smarter, more efficient and better-equipped - and remains a seductive package for small car buyers. Luxury makers often cut corners to drive down the cost of their smaller models and it shows. Not Audi. In any form you choose, this A1 Sportback will always feel reassuringly expensive. Let's try it in 30 TFSI guise.

In developing this car, Audi wanted to better replicate some of the sportiness of a rival MINI Hatch 5-Door. And, at the same time, inject into this car a level of comfort and technology never previously seen in the supermini segment. Which is why this MK2-series A1 standardises features like a fully-digitalised instrument cluster, full-LED headlights and the kind of advanced infotainment and camera-driven safety tech you wouldn't expect to find on a supermini-sized car. 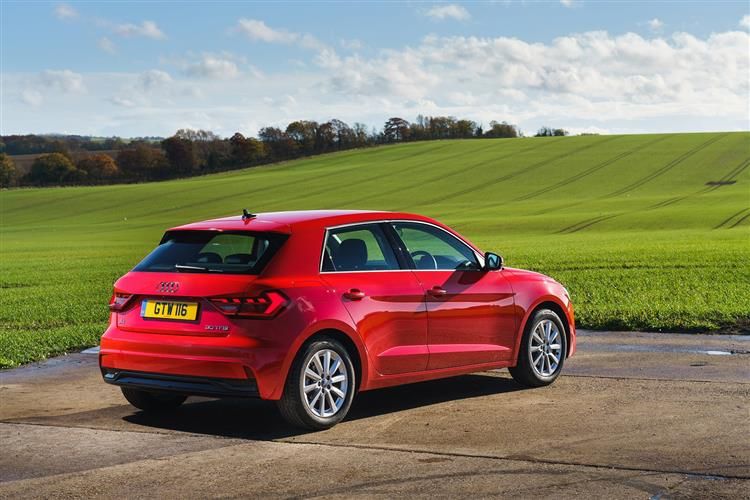 The A1 only comes in this five-door Sportback form this time round and, as before, shares all its core engineering with other Volkswagen Group superminis - namely the Volkswagen Polo and the SEAT Ibiza. So, like those cars, this one features the Wolfsburg conglomerate's latest MQB-A0 platform. Being stiffer, smarter and lighter, this should allow for more engaging driving dynamics - which was a key missing attribute with this car's predecessor. It all sounds quite promising. Let's see what the smallest expression of 'Vorsprung durch tecknik' can now deliver at the wheel of the most popular 30 TFSI variant.

You sense right from the outset in driving this second generation A1 that it's a car with quite a bit more of its own personality, even though - as before - all the engineering is still of Polo parentage. The steering's probably the biggest change. It could still use a bit more feel but it's much sharper than before and allows you to place the car exactly where you want it through the bends; clearly the development team were looking to go some way towards the drive dynamics of a rival MINI 5-Door Hatch. But not all the way. Audi buyers wouldn't want that MINI model's firm ride, notchy gearbox and questionable levels of refinement and none of those things are served up here. 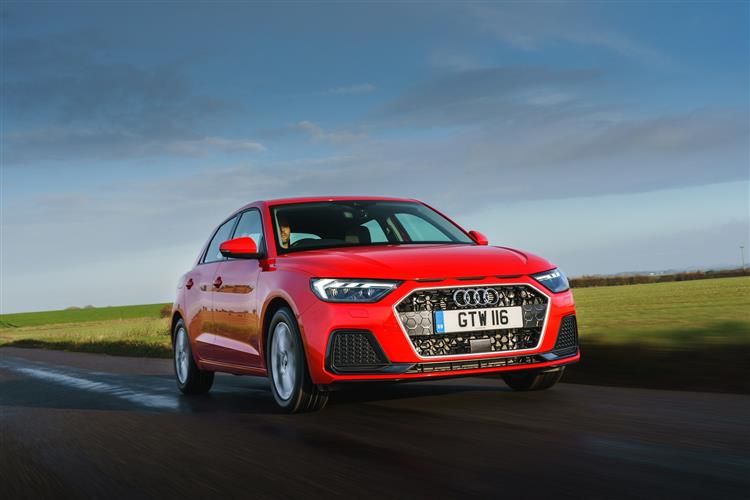 Engine-wise, the A1 range kicks off with the '25 TFSI' derivative, which has a 1.0-litre three cylinder powerplant offering 95PS, but the vast majority of likely buyers will prefer the '30 TFSI' model we're trying here, which uses a 116PS version of the same engine. With this variant, rest to 62mph occupies 9.5s en route to 126mph; or, to put it another way, not quite as fast as the MINI Cooper 5-Door Hatch, but quicker than the MINI One model - which you sense was the kind of compromise that Audi was aiming at.

Who Says Bigger is Better?

Audi's designers were treading a fine line here. The people who didn't buy the original version of this model and chose a 5-Door MINI instead were looking for something more distinctive and fashionable. With this second generation A1, Ingolstadt wanted to better please these people - while continuing to satisfy those who liked this model precisely because of its 'Russian doll' Audi brand authenticity. This time round, there's no three-door body style because only 20% of buyers of the previous generation model wanted that; the five-door 'Sportback' format that remains is 6mm narrower and 13mm lower than before, as part of Audi's efforts to make the shape more interesting. 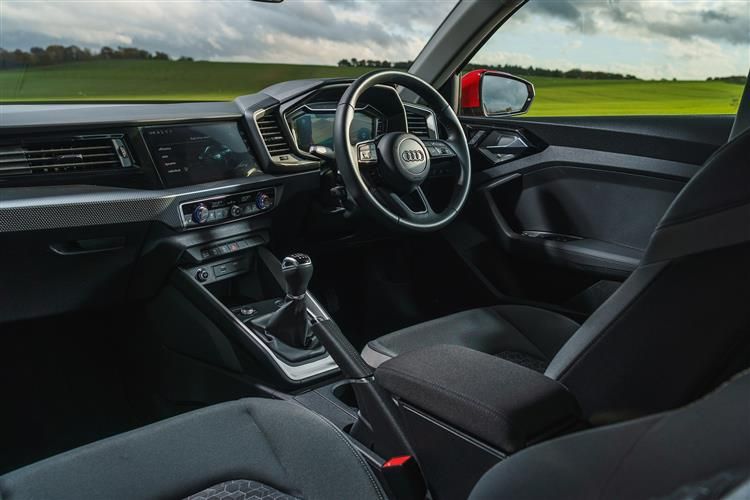 Enter in through the long doors and you'll discover what you probably will have expected to find: the smartest cabin in the class. You don't of course get the double screens on the centre console that would feature in Audi's larger models. But the smart graphics from that swanky set-up feature and, for the first time on any small car, there's the standard fitment of a digital instrument screen to replace conventional dials.

Surrounding all of this is a dashboard that exudes solid quality and has some lovely touches, providing you specify your car with a bit of care. In the back, you'll find enough space for a couple of six-footers to sit behind comparably-sized adults in the front, though knees will be brushing the seat backs in front. Out back, there's a decently-sized 335-litre boot. 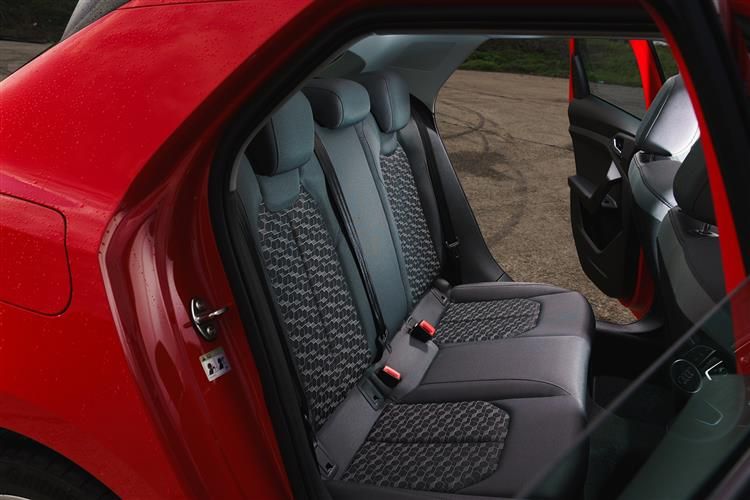 Pricing for the 30 TFSI sits in the £18,500 to £30,500 bracket. There are various trim options - base 'Tecknik', mid-range 'Sport', then 'S line' and top 'Vorsprung', plus there's an SUV-inspired 'Citycarver' version with a 4cm increase in ride height. You'll be offered the chance to pay just over £1,500 more to upgrade to 7-speed 'S tronic' auto transmission if you want to. As for equipment, well for this second generation model range, Ingolstadt has standardised two key features - full-LED headlights and tail lamps; and a fully-digital instrument cluster - quite a large one too, 10.25-inches in size.

Other standard features on the base 'Tecknik'-spec models include 15-inch '5-arm'-design alloy wheels, auto headlamps and wipers, heat-insulating glass, power-adjustable heated mirrors and an anti-theft alarm. Inside, you get a 3-spoke leather multi-function steering wheel, air conditioning, leather for the hand brake and gear knob, an auto-dimming rear view mirror and a speed limiter 'speed warning' system that allows a maximum speed to be set so you can take steps to preserve your licence on highways or in congested urban areas festooned with traffic cameras. Plus there's a comprehensive level of infotainment, courtesy of an 8.8-inch 'MMI Radio Plus' centre-dash screen incorporating 'MMI Touch'. This set-up includes voice control, a 6-speaker DAB audio system, a Bluetooth interface and the 'Audi Smartphone interface' which works with the 'Apple CarPlay' and 'Android Auto' smartphone-mirroring systems. 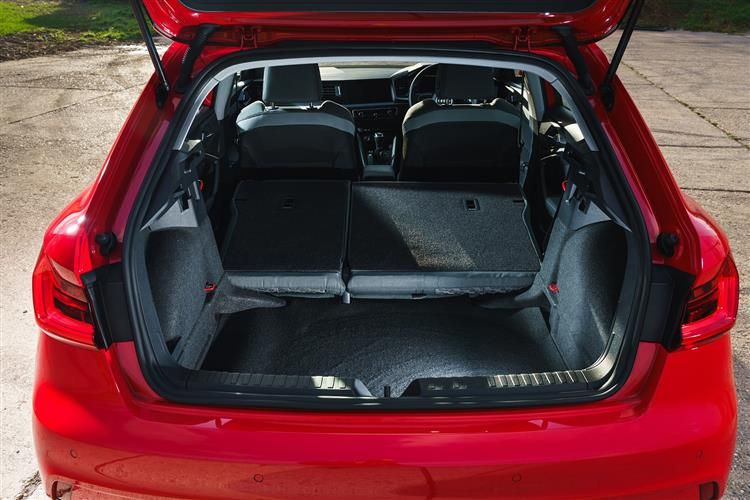 Both versions of the three cylinder 1.0-litre unit, the '25 TFSI' and the '30 TFSI', return very similar efficiency stats; in the case of the '30 TFSI' with 'Tecknik' trim, a manual gearbox and 15-inch wheels, you're looking at up to 49.6mpg on the combined cycle and up to 128g/km of WLTP-rated CO2. That's for the manual: for the S tronic auto, the WLTP figures are 46.3mpg and 138g/km. Either way, that's quite a bit better than what you'd get from a rival MINI 5-Door Hatch in either MINI One or MINI Cooper form. We should point out that if you order your A1 '30 TFSI' with ritzier 'S line' trim and larger wheels, you'll hit the readings we just gave you by around 5%. Adding in the S tronic auto gearbox has no real impact on the CO2 figures, but hits the fuel result by around 10%.

As for maintenance, well servicing your A1 Sportback should be no more taxing than is the case with one of the company's larger cars. As usual with Audi models, there's a choice of either a 'Fixed' or a 'Flexible' servicing regime, the choice between the two depending on the extent of your likely annual mileage. 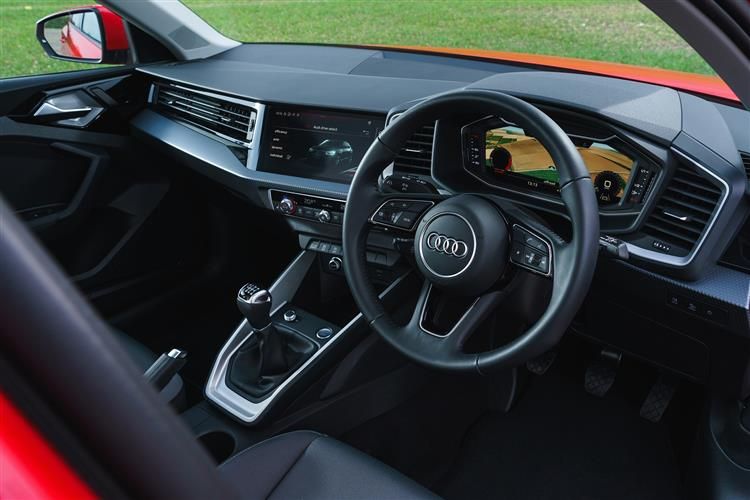 Audi knows just what kind of person is likely to buy this A1. Someone who wants an entry point into the world of German luxury motoring. A car with its own styling personality and a cabin appointed with the kind of care and sophistication you'd expect from a premium brand. Shared engineering doesn't matter, as long as it's well disguised. Perceived quality absolutely does. The A1 Sportback delivers precisely to this brief and if you've ever wondered just how much style and luxury is really possible in a really small car, then it's worth trying one.

It can't quite entertain like a MINI. On the other hand though, the A1 is more refined, has a much better quality of ride and is usefully larger inside. All of which will matter to likely buyers. But not quite as much as the fact that if you climb out of an A4 or an A6 into one of these, the feeling will be much the same. The essence of a large luxury car really has been distilled into a smaller, more accessible one. Just as Audi promised. 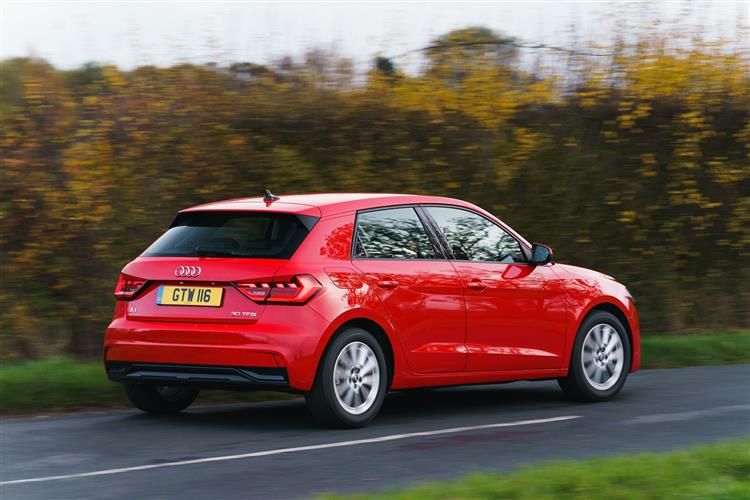