Alfa Romeo has shaken up the mid-sized premium SUV segment with this Stelvio model. Will you want one? Jonathan Crouch looks at this improved version.

This Stelvio model is, according to its maker, very much an Alfa Romeo first and an SUV second. That sounds promising, as does the fact that most of the engineering here is shared with the brand's well-regarded Giulia saloon. The result should be a premium mid-sized SUV well able to mix it with class favourites, especially in this lightly revised form.

Will any brand be able to resist the allure of the growing SUV market? It doesn't appear so. We live in a time when even Bentley and Rolls Royce feel the need to produce such a thing, so it is perhaps surprising that it took Alfa Romeo quite so long to join this lucrative band wagon. Still, join it they did in 2017 with this car, the Stelvio, named after the famous European mountain pass. 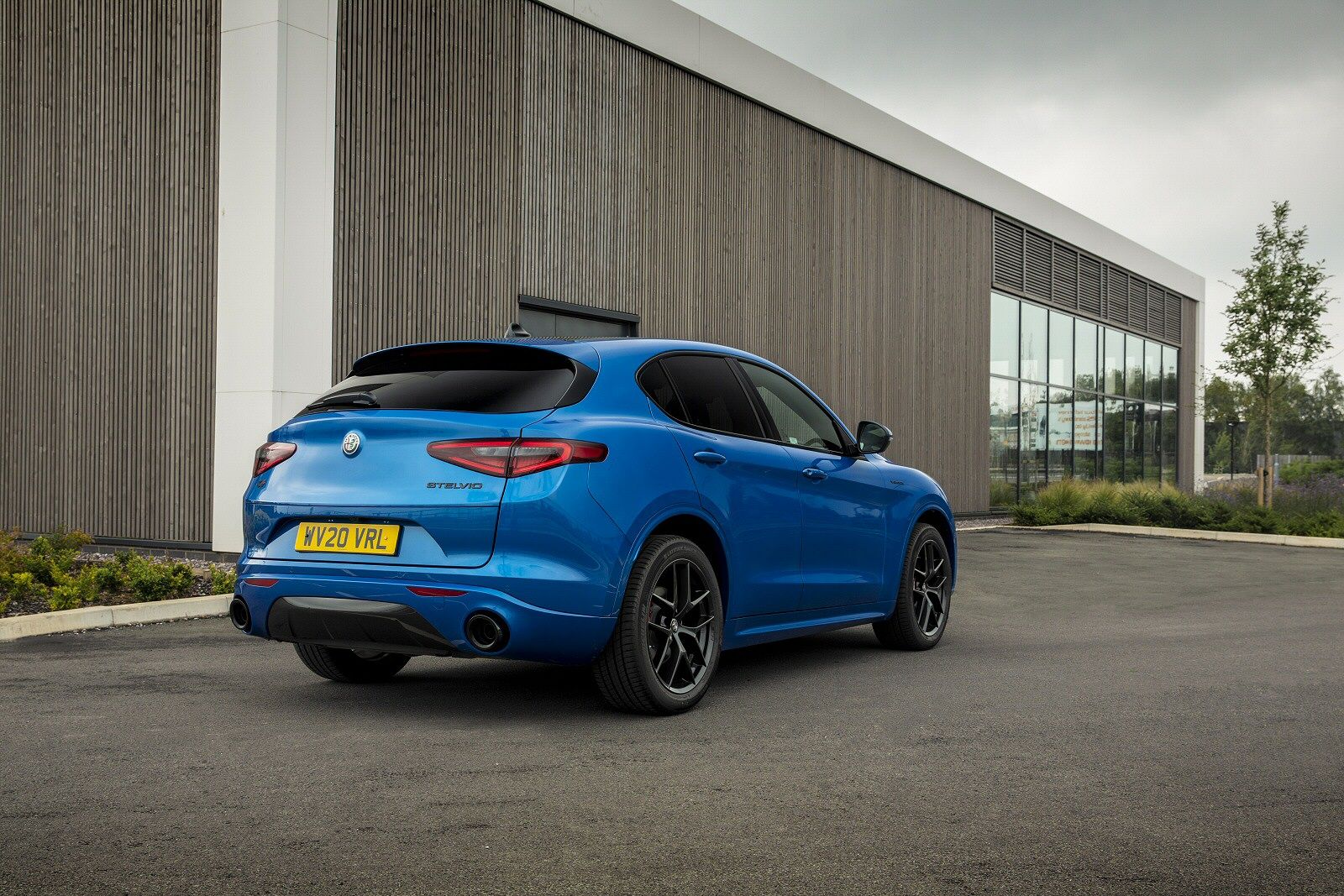 This was the car that the Milanese marque hoped would give it an important foothold in the profitable segment for premium mid-sized SUVs currently dominated by cars like BMW's X3 and Audi's Q5. And the Stelvio has sold steadily in this segment since launch, hobbled only by an interior that from launch, lacked the quality to really rival other premium brand models. So that's been addressed as part of this light facelift.

There are very little changes made to this improved Stelvio beneath the bonnet, but the range does now feature a limited amount of 'Level 2' semi-autonomous driving tech - things like 'Lane keeping assist', 'Active blind spot' assistance, 'Active cruise control', a 'Traffic jam assistant' and 'Driver attention assist'. Otherwise, it's as you were. The Stelvio continues to serve up plenty of Alfa character, thanks to an unchanged engine range, with petrol variants featuring a soundtrack that Chief Engineer Roberto Fedeli says was created working in concert with musicians, who helped perfect this SUV's addictive engine note. As before, there's a choice of rear wheel drive or all-wheel drive. And four engines. A 2.0-litre petrol unit is offered with either 200hp or 280hp. Or you can have a 2.2-litre diesel, offering either 190hp or 210hp. An eight-speed ZF automatic transmission is standard. And only the base petrol variant does without Alfa's Q4 AWD system - and even then, it's optional. 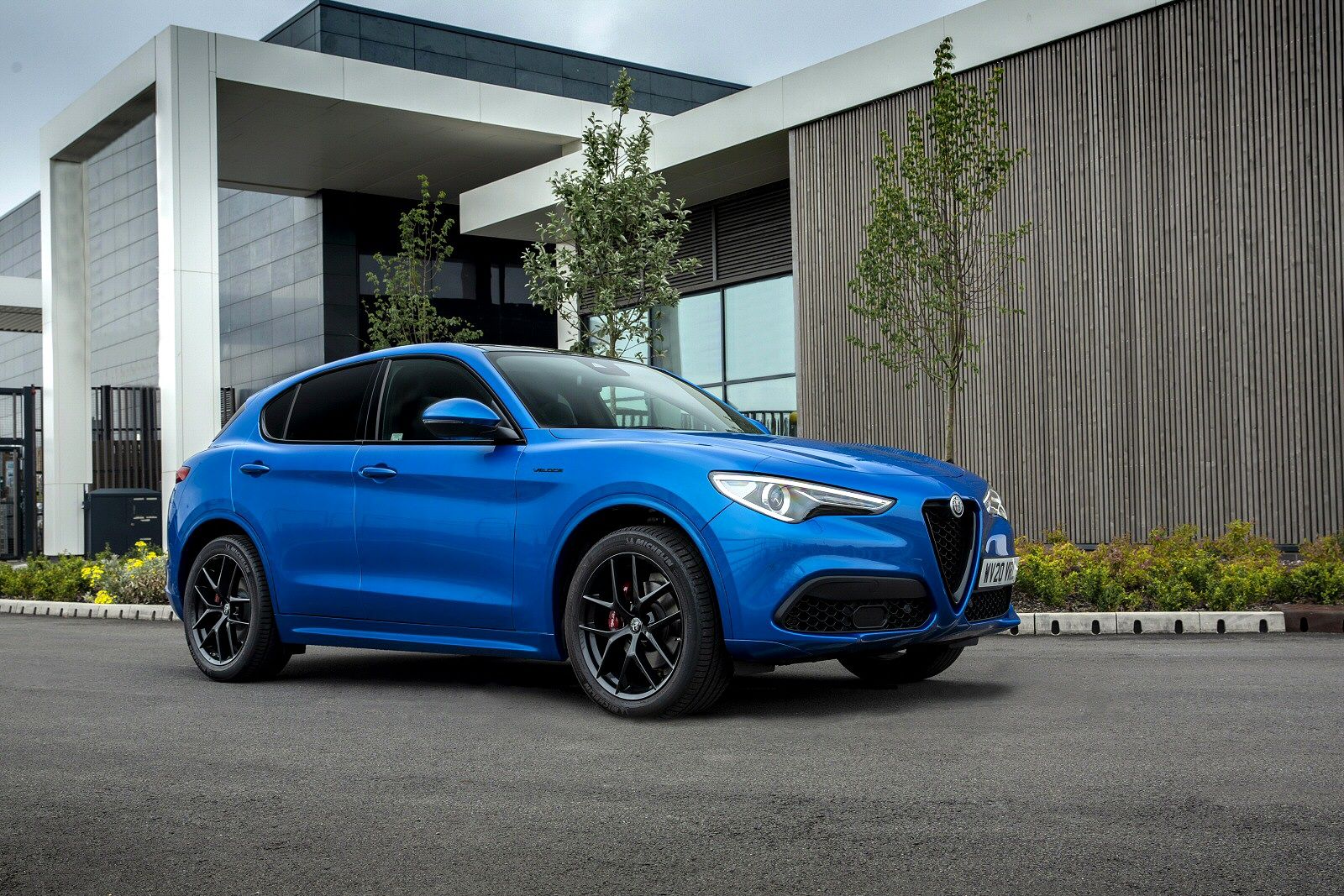 The potent 280hp petrol model offers best in class acceleration, going from zero to 62mph in just 5.7 seconds and onto a top speed of 143mph. The 2.2-litre 210hp diesel Q4 AWD meanwhile, registers a top speed of 134mph and accelerates from zero to 62mph in 6.6 seconds. In addition, at the top of the range, there's a 2.9-litre V6 petrolengined Bi-Turbo Quadrifoglio performance model boasting 510hp and 600Nm of torque. It's 4WD of course and gets to 62mph in just 3.8s.

Even on humbler variants, thanks to perfect 50/50 weight distribution, Q4 all-wheel drive architecture, a best in class power-to-weight ratio and innovative engine and driver technologies, the Stelvio embodies everything a true Alfa Romeo should. Not only that, but this Italian contender is one of the lightest mid-size SUVs in the sector thanks to lightweight body structure and a carbon fibre driveshaft.

This improved Stelvio doesn't look too much different from the outside, which in this case is very much a compliment. Which means it's styled very much the way you might expect an Alfa Romeo SUV to look and sits on the same 'Giorgio' platform used for the brand's mid-sized Giulia compact executive saloon. The brand makes much of the Stelvio's 'premium' architecture, which has made it possible to use copious amounts of aluminium and develop high-cost features like a carbonfibre propshaft. As a result of all this, this Alfa's very light by class standards, weighing in around 125kgs less than a comparable Jaguar F-PACE, itself a supposedly light SUV in this class. 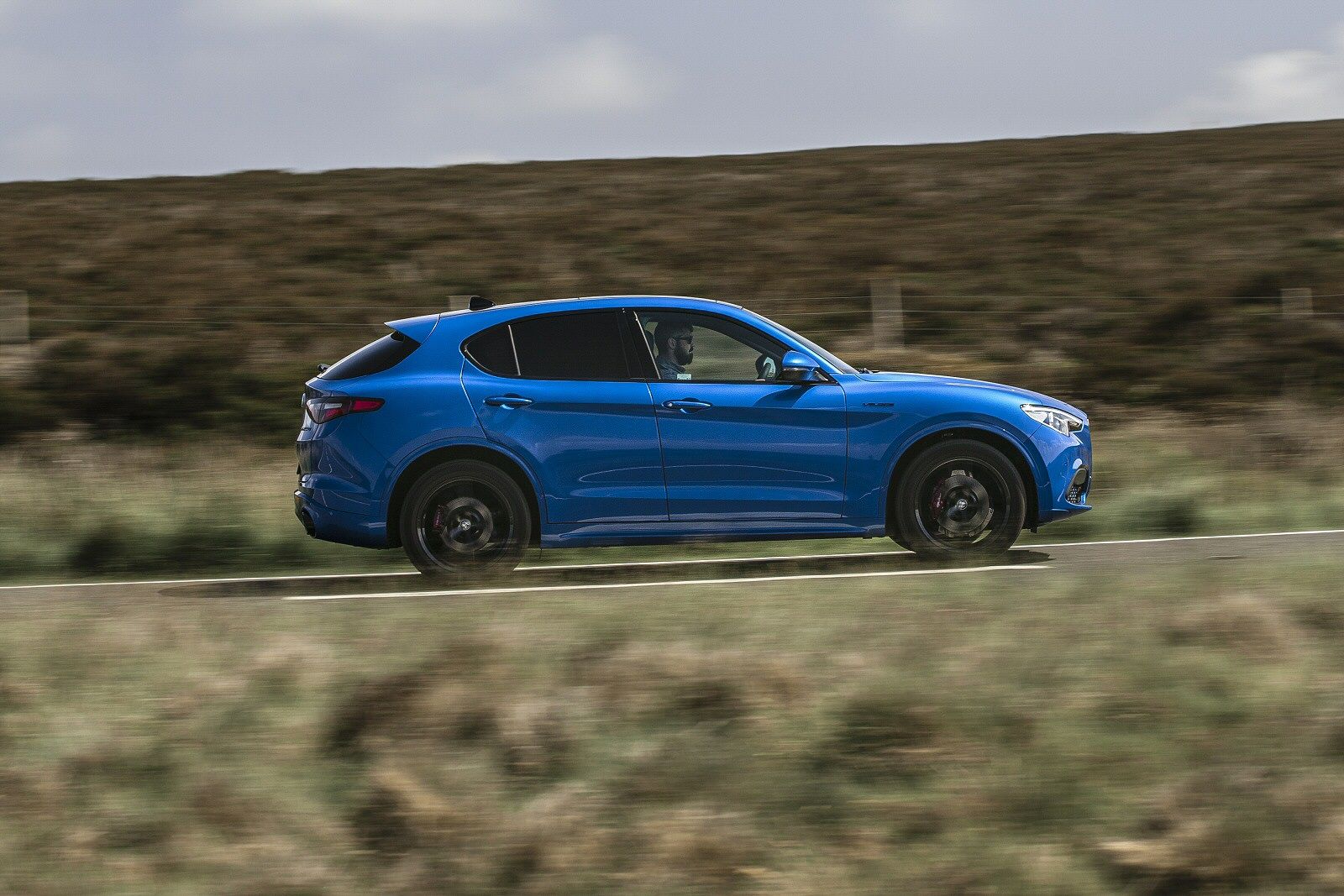 It was the interior that always let this car down a little in comparison to its premium rivals, so that's where the main emphasis has been directed for this minor facelift. There's a new 8.8-inch centre-dash infotainment screen. And another new screen in the instrument cluster, this one 7-inches in size. There's also a smarter central console which has been completely restyled to accommodate larger, more accessible storage compartments, as well as a wireless 'phone charger. The revised gear stick is now leather clad with luminous highlights and a signature Italian flag at its base, while the rotary knob that controls the infotainment system has been updated to gives the sensation of precision and solidity at every touch. The leather steering wheel has also been restyled to accommodate the functions and sensors for the autonomous driving systems. 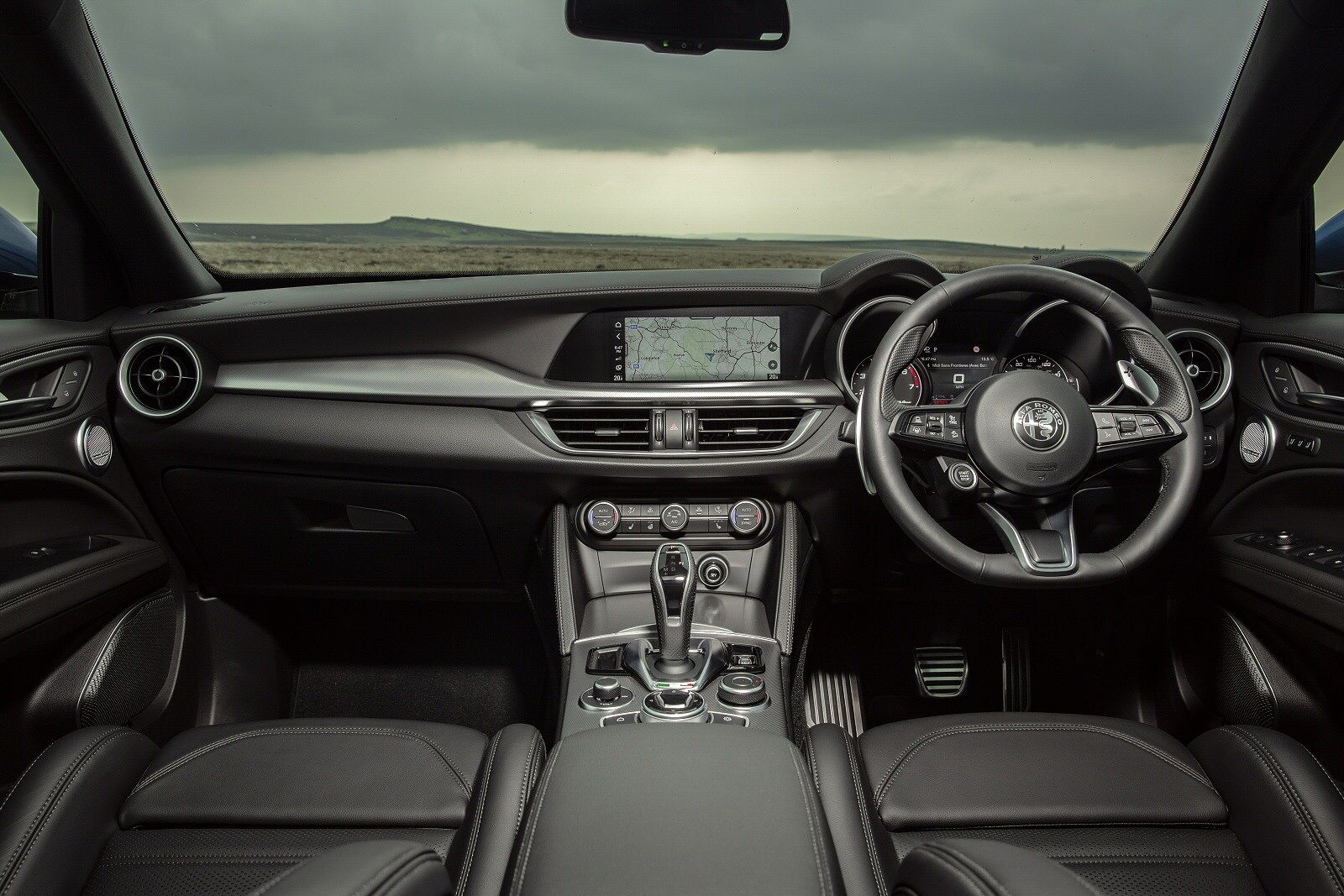 As for practicalities, the Stelvio offers decent rear seat room and a long, usefully shaped boot. The rear seats can be semi-released from the tailgate end, but only semi-released; when you pull on the levers that do this, the backrests don't fully move forward and you have to push them into place, which is annoying. Still, once you've done than, everything folds flat into the floor.

As before, most Stelvio models will be sold in the £41,500 to £50,000 bracket but there's now a different range structure, starting with 'Super' trim, then running up through 'Sprint', 'Lusso Ti' and 'Veloce Ti' specs. Then of course, there's the range-topping V6 Quadrifoglio. All models now feature a rear parking camera, bi-xenon headlights and electrically folding wing mirrors as standard, as well as a new infotainment system with an 8.8-inch touch-screen and embedded connectivity. You can also tick off Active Cruise Control, plus you get a 'Traffic sign recognition with intelligent speed advisor' package and a 'Traffic Jam & highway assist' feature, as well as Autonomous Emergency Brake, Lane Departure Warning, and rear parking sensors. 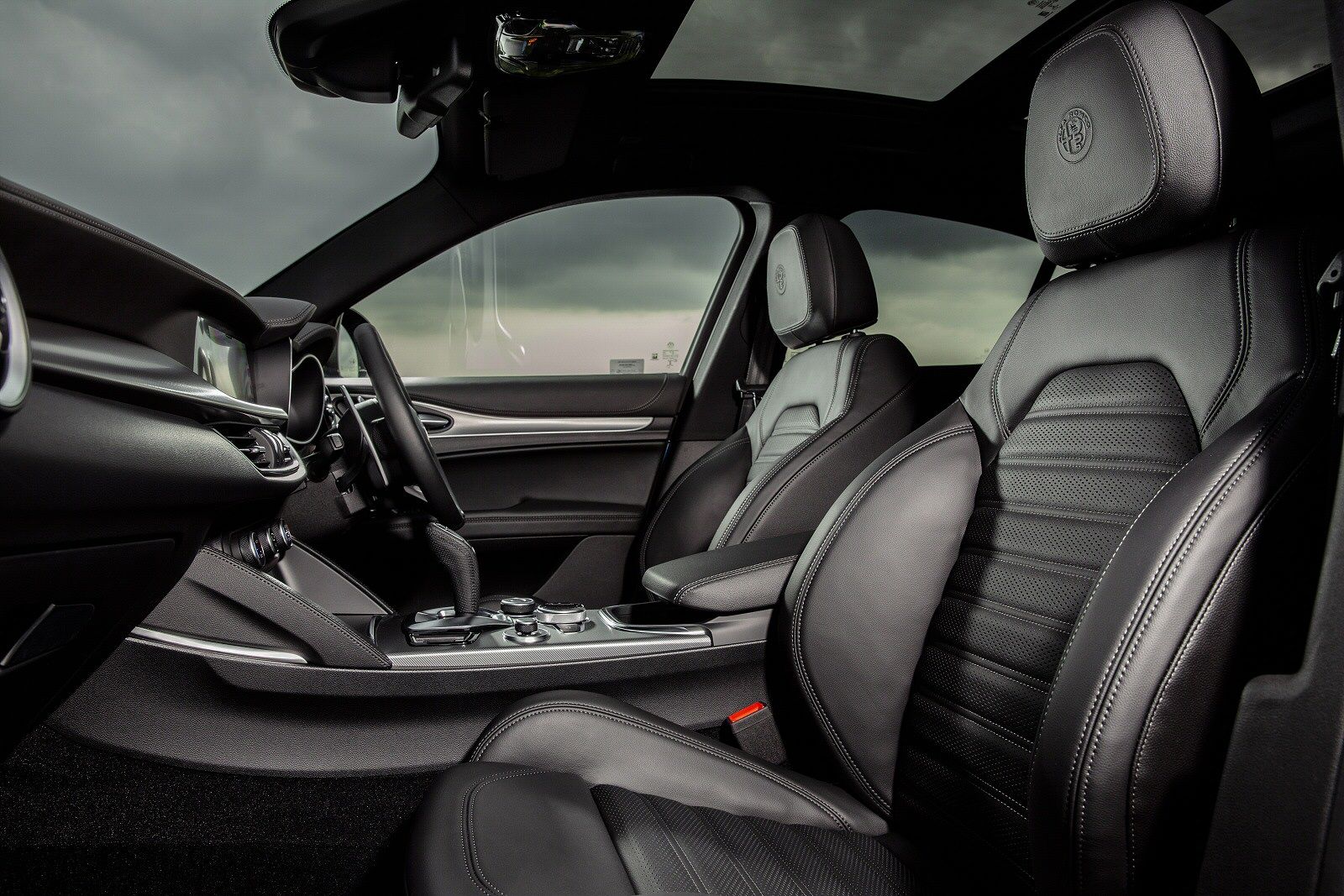 'Sprint' trim adds leather upholstery and a heated steering wheel. 'Lusso Ti'-spec gives you 19-inch diamond-cut alloy wheels and a stitched leather dashboard. And the top 'Veloce Ti' version delivers 20-inch wheels, sports leather seats, Frequency Selective Dampimng and aluminium gear shift paddles. Buyers also get 'Alfa Connected Services' as standard, to deliver advanced on-board connectivity and a set of services to boost safety and comfort. This includes a 'My Assistant' function offering an SOS call option that enables the occupant to send a request for assistance to a call centre, with the vehicle's position and identification code, by pressing the SOS button or via the mobile app.

Under the bonnet, every engine in the Alfa Stelvio range now conforms to the latest Euro6d TEMP regs and looks decently efficient and pretty clean - which will of course be crucial if it's to attract company car drivers. The best WLTP figures you'll get are with the rear-driven base 2.2-litre 190hp diesel, which manages up to 41.5mpg and 159g/km. The 2.2-litre 210hp diesel Q4 AWD meanwhile, gives out 169g/km CO2 and returns up to 44.1mpg on the combined cycle. The 2.0-litre 200hp petrol Q4 manages 30.7mpg and 206g/km. And the 280hp petrol Q4 AWD variant returns up to 30.7mpg on the combined cycle and emits 208g/km CO2. 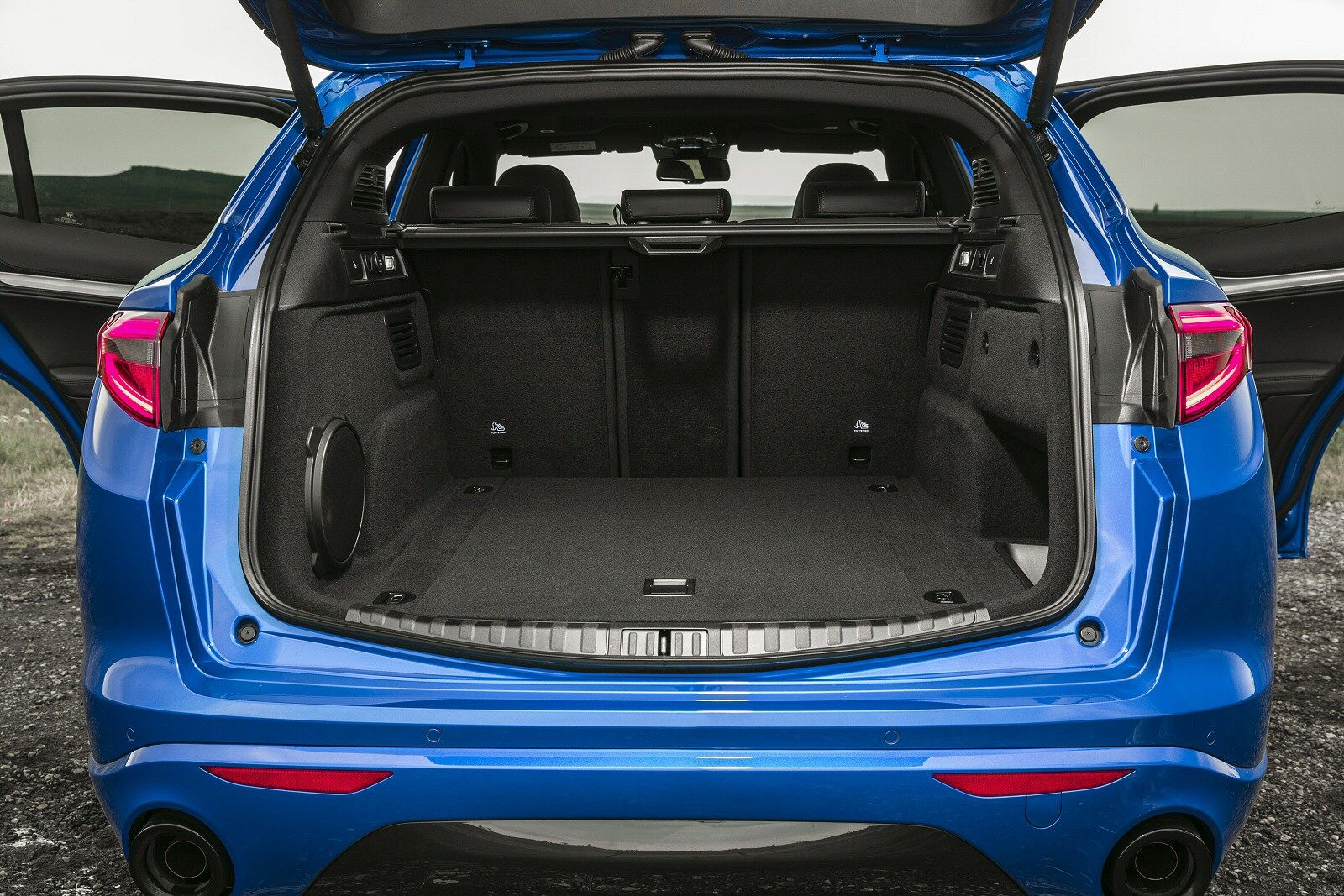 The figures quoted assume selection of the 'Advanced Efficiency' 'DNA' system driving mode, which softens off the throttle response to give better fuel consumption. There's a graphic fuel consumption display in the instrument binnacle TFT read-out. And there's an 'Efficient Drive' eco-coaching set-up on the centre-dash infotainment screen that grades the frugality of your progress based on three criteria - 'acceleration', 'deceleration' and 'gear changing'.

Okay, so what else do you need to know about the running costs of this Italian contender? Well, it comes with a three-year, unlimited mileage warranty that includes 'Roadside Assistance' for the same length of time, should you be unlucky enough to break down. It's not likely that you will. Despite what some might assume about Alfa Romeo, customer surveys suggest that the brand's reliability record is no worse than that of its premium German rivals.

In its original form, the Stelvio represented a very decent first stab by Alfa Romeo at the premium mid-sized SUV segment. It wasn't quite as polished as other contenders in this class but it felt a bit more special - which was enough to sway a small but significant number of buyers its way. Originally though, these people had to be prepared to overlook a cabin that rather lacked the quality one might expect from a £40,000-£50,000 premium SUV. Camera-driven safety and semi-autonomous driving tech standards weren't quite up to the class standard either. 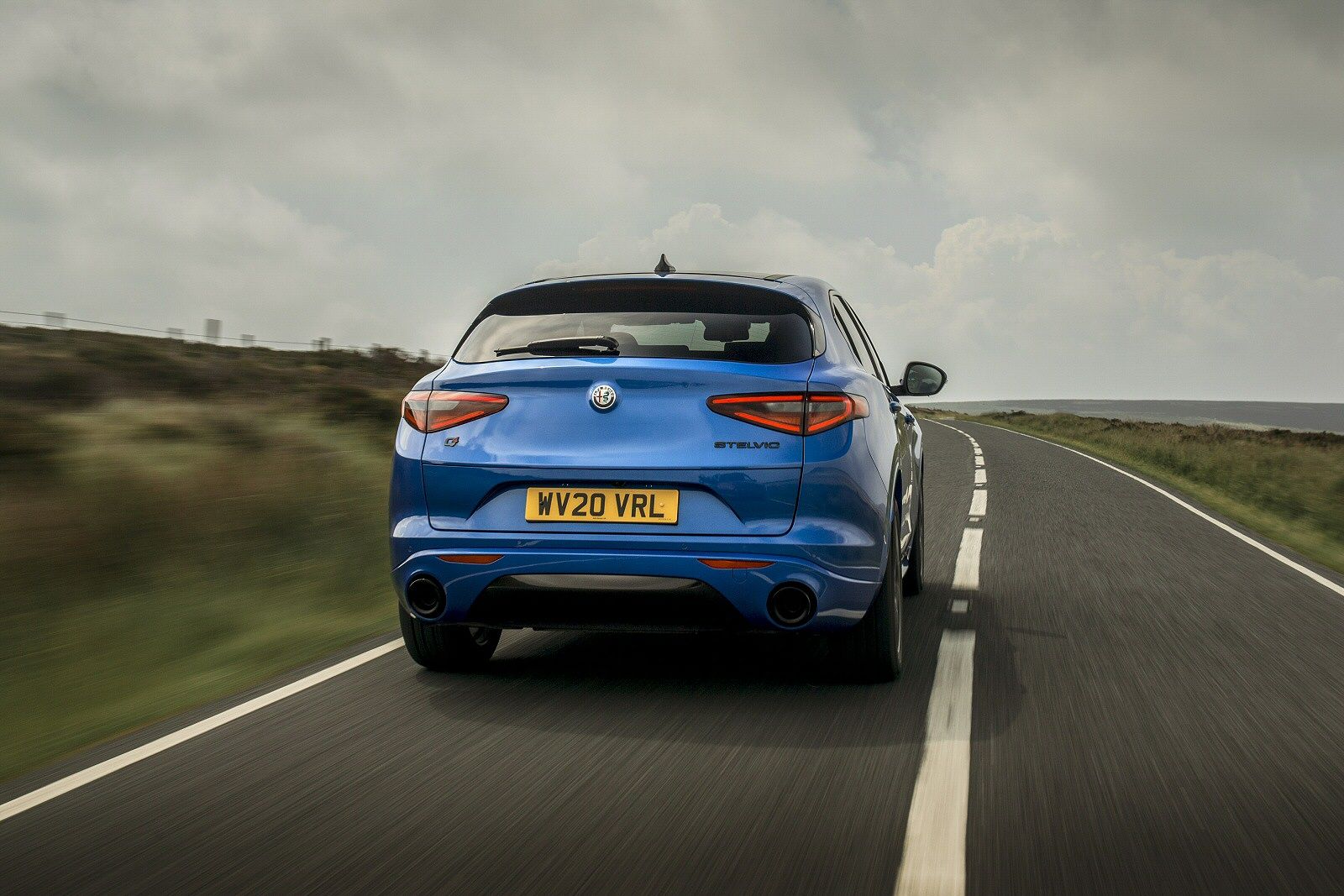 Now that these things have been put right, the Stelvio looks better set in this segment. The engine note, the styling and the look and feel of the cabin are all completely different to what you'd get from any other car in this sector - and all the better for it. If you like the thought of that and find yourself in this part of the SUV market, then we think you'll probably like this car.